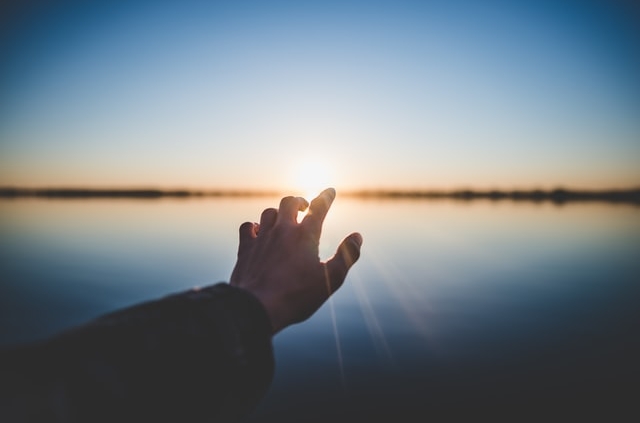 This is a further excerpt from my memoir-in-progress – you can read the preceding piece here.

However, all you really need to know for this one is, well…two short months ago I was in a psych and I’m now in India with my boyfriend to sit with a guru. I’m not on medication and my parents think I’m in a cult.

We have just landed at the Mumbai airport…

I know Mu, my boyfriend loves me. But as much as he does, his is a distant sort of love, a distant sometimes ass-hole kind of love. In Vancouver, his tendency to walk a couple meters ahead of me was annoying; here in India, it’s terrifying. In the airport, this undulating carpet of people will swallow him whole and I will spend the rest of my five-month spiritual quest looking for Mu instead of God.

He has an advantage, Mu reassures me: ‘we won’t get separated’. He’s so tall with this silvery-white mop of hair, it will always be a snap to spot him and he will always see above any crowd. I think it would just be easier if he didn’t walk so fast.

Mu is distinct. He not only towers over others, but he’s sinewy, sinewy in the sexiest kind of way; and doesn’t so much as walk but amble; like he’s resting in his hips and being involuntarily propelled atop a Segway. The complete opposite of us frenetic ‘meople’ (mice-people) that scurry about in a typical North American city.

Though I was four and half yards behind him and hauling a 30-pound knapsack, I managed to close the gap between us.  We’re now at immigration, in line with about 400 hundred other people, exhausted, sticky and waiting to get papers checked and signed. The line: Is. Not. Moving. This will be a long a wait.

Between everyone’s feet and where the floor meets wall, there are spatters of blood everywhere, like angry Rorschach inkblots smashed onto the concrete.

I’m embarrassed but I think it might have to do with poorly treated animals. Gawd – am I that prejudiced? “Why is there blood everywhere?” I whisper.

With a small smile and imperceptible shake of his head, “It’s from Paan, made with Betel leaf. Sort of like tobacco – actually mixed with it usually. People chew it and then spit it out.”

“Oh.” I say. The line moves every so slightly forward.

2 ½ hours later, we are at the counter with a man in a dusty navy-blue uniform and cool brown skin. Questions: What country are we from, what country did we just come in from, how long do we plan to stay? First Mu then me. The man bobble-head nods in that very particular South Asian kind of way. Stamp. Stamp. Staple. Staple some form that we, he repeats this: “MUST have if you are able to leave later”. I have a secret security belly-belted passport holder. It’s not all that secret now though. Everyone can see me stuffing my hands into my pants to unzip it and tuck my passport and said form back into the pocket.

We have a 2-day train trip to get to Lucknow where the small but growing community of Poonjaji followers are.

H.W.L. Poonja is the spiritual teacher that was a student of the beloved Indian Hindu sage Ramana Maharshi. I’ve been swinging from euphoria to suicidal lows for the past two years with a stay in the hospital after what was called a psychotic episode. For me however, the experience preceding the undoubtedly unbalanced state that led me to that involuntary commitment to the hospital, was far from harmful or pathological. I felt liberated: unified with the universe, no longer identified with my mind or thoughts. When that state passed, I was devastated.

The depressions I had been experiencing, drove me to find the meaning of life, in a life that felt meaningless.

Depression by nature creates a dangerous cradle of meaninglessness (hence why thoughts of suicide to blot out the hopelessness can seem so appealing).

In my quest to recapture that fleeting but pivotal peak experience, I sought the guidance of a teacher. Enter Poonjaji (as he was lovingly called).

While I had been in stunning anguish for so long, the trip to India, having a partner to travel and the promise of enlightenment erased the darkness I had been living in (at least temporarily). To be continued…

Do you consider yourself a spiritual seeker? If so, what are you seeking?

What have your experiences and insights been? Did those awakenings coincide with episodes of mental illness? How did you reconcile the two?

Leave your comments below. I would love to read them!

You can also read this post (and others) on my Psychology Today blog ‘Crazy for Life’.

Did You Forget About This Anxiety Reducing Tip?